Meet the Team: Jake, AKA Frison 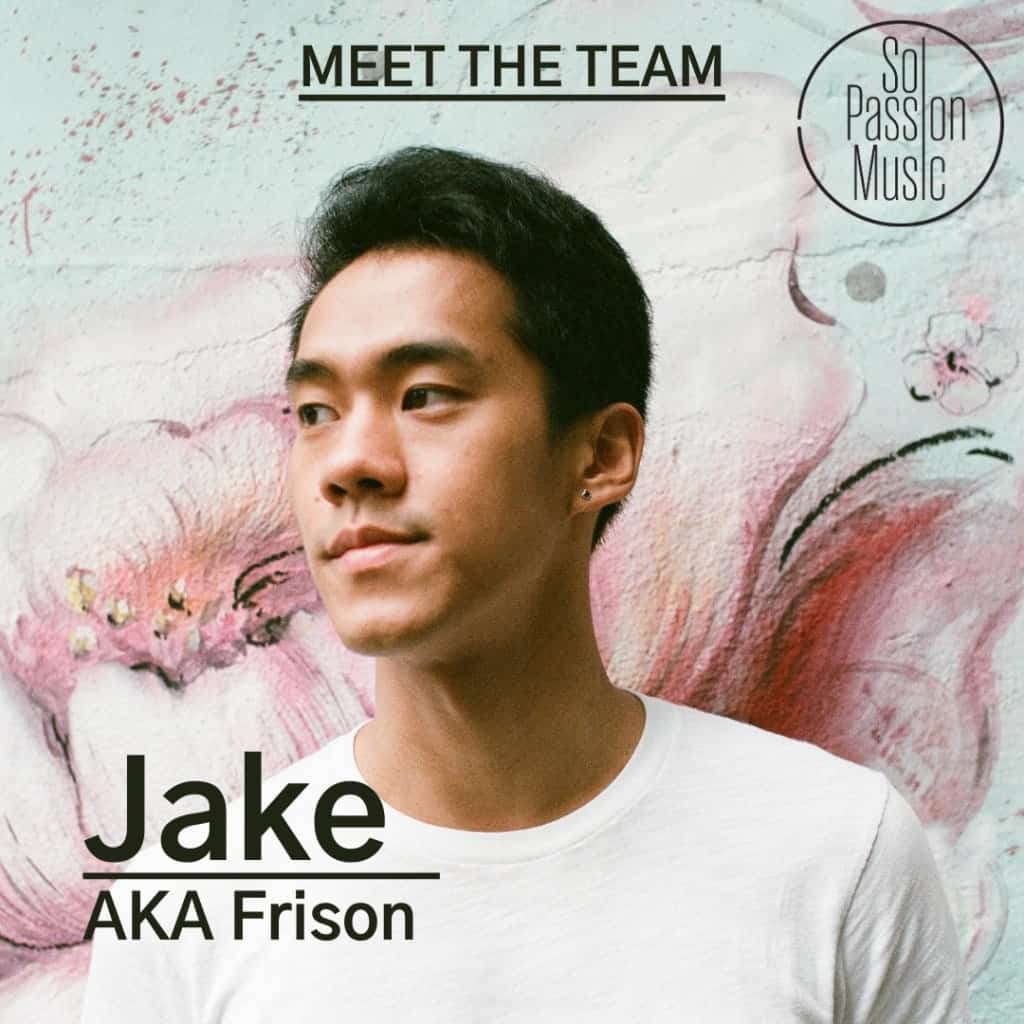 We sat down with Jake, who produces under the alias “Frison”, to discuss his background with music, his workflow when it comes to creating, and plans for live performance.

Q: So while you’ve been producing for a while now, you’ve only been with Sol Passion for one and a half years – what made you decide to start teaching rather than purely focus on producing?

Jake: Because when I started producing, I was disappointed with the level of education I was receiving. At Berklee, although I enjoyed the music theory side of things, I found the music production aspect to be a bit lacklustre. So after I graduated, I decided that I wanted to find a community that I could, in turn, then learn from, but also so that I could give back. Like, this is what I love doing, and I wanted to show other people how to get into it as well, as well as my way of doing things!

Q: Let’s talk about Berklee some more. You preferred the music theory aspect of it, that’s where you felt like you got the most value out of it?

Jake: Berklee taught me everything about music theory I ever needed to know. Not only with my creations, but with remixes too – with my knowledge, I can analyse tracks, and understand precisely what I need to do to change certain elements, like changing chords while keeping it in key.

Q: But Berkely didn’t help you too much with the production aspect?

Jake: It helped a little – they laid down the foundations quite well, but I’d already taught a lot of those to myself before I began with them.

Jake: I was more into punk rock at first, then jazz, and then EDM, like Basshunter stuff

Q: That’s quite a leap, jazz to Basshunter…

Jake: (laughs) Yeah, it is! But yeah from Basshunter there was Porter Robinson, and from there I got into artists such as Skrillex, Madeon, and Flume etc.

With my knowledge, I can analyse tracks, and understand precisely what I need to do to change certain elements, like changing chords while keeping it in key. 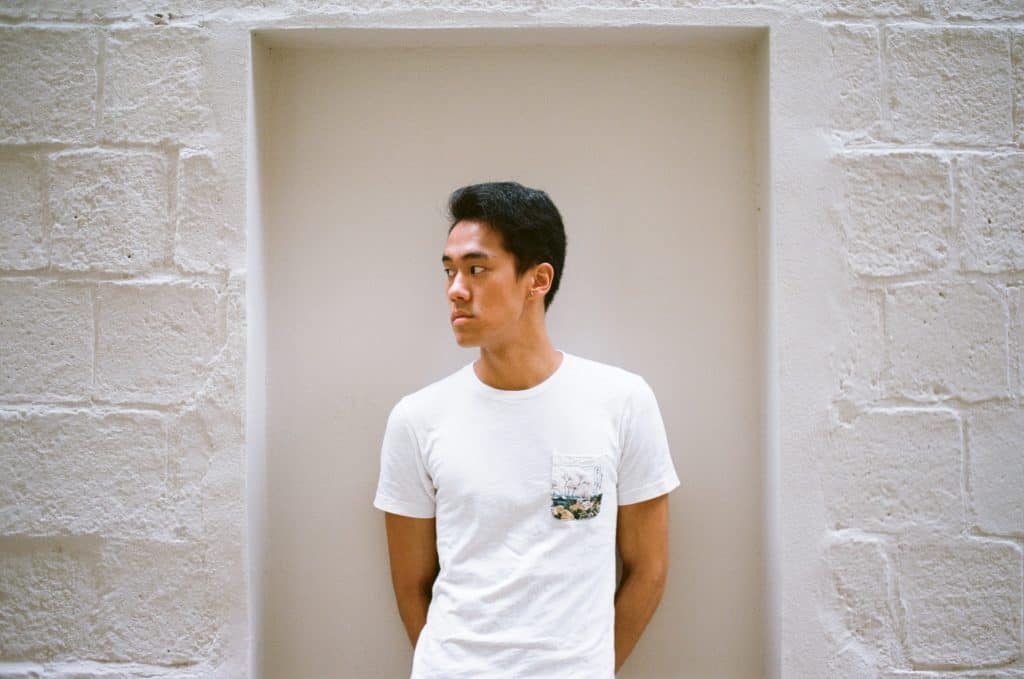 Q: What draws you to the music that these artists make?

Jake: It sounds like pop music, but it doesn’t sound like pop music when you say “pop music” – like top Billboard stuff. And it still has electronic elements, which is what I grew up with and what I like, but they’re doing it in a way which is fresh and not like anyone else.

Q: What’s your workflow when it comes to making music?

Jake: It depends on the track. Most of the time, I start with chords because I’m a piano player. I’ll usually pick a tempo and write a four, eight-bar chord progression that I like and then try to build a song around that. Or, I’ll have an idea for a drop in my head, and I’ll beatbox that as a voice recording, then put that into my DAW, and try to build that idea with real sounds.

Often while I’ll be listening to a song, I’ll get an original musical idea with a similar feel to whatever track I’m hearing, and I’ll put that down.

Q: I’m assuming you use Ableton as your DAW – what other software do you find yourself using regularly?

Jake: I use a lot of Serum, Omnisphere, Sylenth, and the Arturia collection. I have some really weird plugins on the side as well. There’s this one called Synplant, and the UI is like there’s a seed in the middle, with stems growing out on the side, you can start with a random seed making a random bass sounds, and as you grow the plants from the seed, it modulates or weirdly affects the music.

Q: With stuff like this, do you know what you’re doing, or is it all very experimental?

Jake: No, it’s a gamble honestly, just digging through presets and hoping for the best!

Q: I think not knowing what you’re about to create can make the process very interesting.

Jake: That’s one thing I’ve come to learn recently. I used to produce a lot where I’d have an idea in mind. I’d be like “this will be the direction I go in” but I’ve come to stop being so narrow-minded and start going into sessions without any set ideas about what I’m going to make, and letting whatever I’m writing take the lead on the song’s direction.

Check out Jake’s most recent release (accompanied by a very funky video) above.

Q: What’s the first thing you’d teach a complete beginner when it comes to production?

Jake: Learn a bit of basic music theory, then listen to a lot of the music that you want to emulate and try to apply that knowledge, so you can get an idea of how it’s written. Also, make sure to invest in your own DAW and watch as many tutorials as you possibly can.

I’ve come to stop being so narrow-minded and start going into sessions without any set ideas about what I’m going to make, and letting whatever I’m writing take the lead on the song’s direction.

Q: You’ve done quite a few remixes yourself, how does your approach differ between making a remix as opposed to producing an original track? Do you start with a set idea there, or dive into the file and see what inspires you?

Jake: Remixes are super convenient cause all the vocals are there already. I’ll lay the vocal down, then lay chords over, and then I’ll see from there usually.

Q: But you always start with the vocals?

Jake: Yeah, absolutely, that’s the most prominent part. I’ll try to imagine vocal parts to start my tracks, and I struggle because I’m not the most lyrically inclined; vocals aren’t really my thing. I’ll tend to overproduce an instrumental and then slap a vocal on it, and then realise that a lot of aspects of the instrumental are completely unneeded because the vocal does so much for the track already. But it’s different when you have the perfect vocal ready to use! 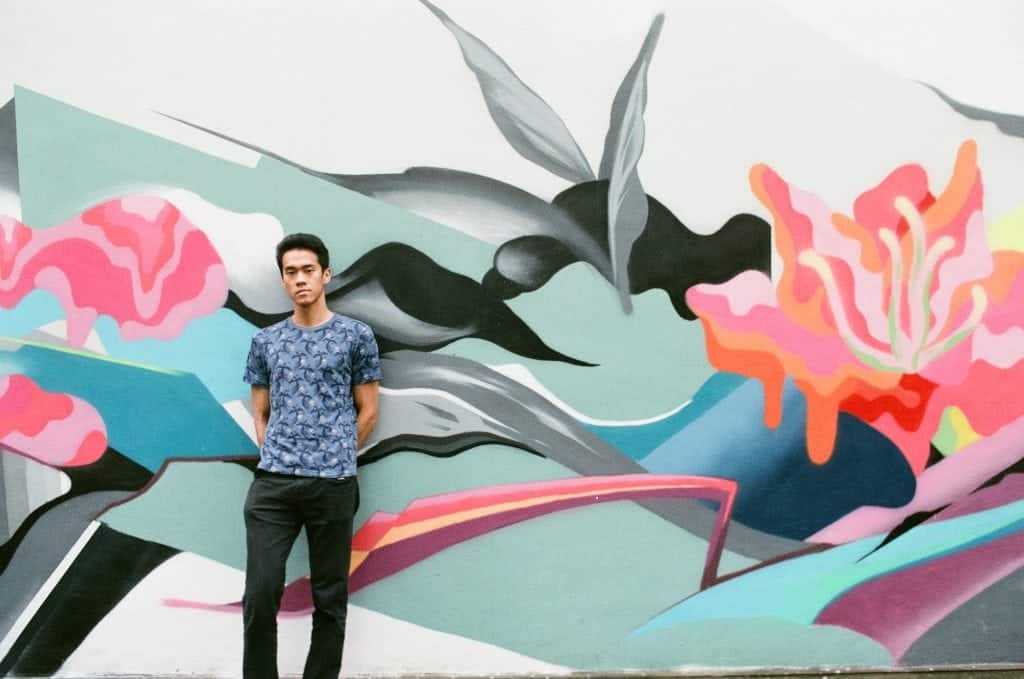 Q: What are your current goals with music?

Jake: Finish the body of music I’ve been working on and then put it out, build my career as a producer in Hong Kong, and eventually playing shows! That last one is more of a long term goal, though.

Q: How would the live shows work? Would you have some live setup?

Jake: That’s the thing. I could DJ at clubs or bars, but that isn’t exactly what I want to be doing with my music. I want to put on a real performance for people; I have an idea for what that would look like, but it’s a long way down the line. I’ll have to look into getting a guy for visuals to accommodate the set, and figuring out which aspects of the performance, like keys, could be done live, rather than just triggering samples.

Q: I saw on your website that some of your compositions have ended up in TV and film…

Q: You did the intro theme for a Danish show (Mit Hemmelige Match)

Jake: Yeah, I didn’t find that out until recently! I submitted the piece like four years ago but only found out about it last month when I was checking my royalty checks from BMI (EMI?) … I saw all this Danish and thought “what the hell is this” at first, and discovered it was this random dating show…

I’ve done some writing for commercial videos as well, that’s difficult because you have to write around the video. And it’s not like a remix, where you’ve got the vocal which stays in the same BPM range, everything changes so fast from scene to scene, so you need to accommodate for that.

Q: Do you have plans to do much more of that in the future?

Jake: I am, I’m currently writing for a TV publishing company – they’ve done work with a few American TV shows, so fingers crossed, some of my music gets submitted for that!

Q: Life outside of music – if you weren’t doing this, what would you be doing, what are your other hobbies?

Jake: TV shows, video games, going outside, if I can!

Make sure to check Jake’s Soundcloud out here, and his website out here.

If you’re interested in booking lessons with Jake, then check out our available courses here.