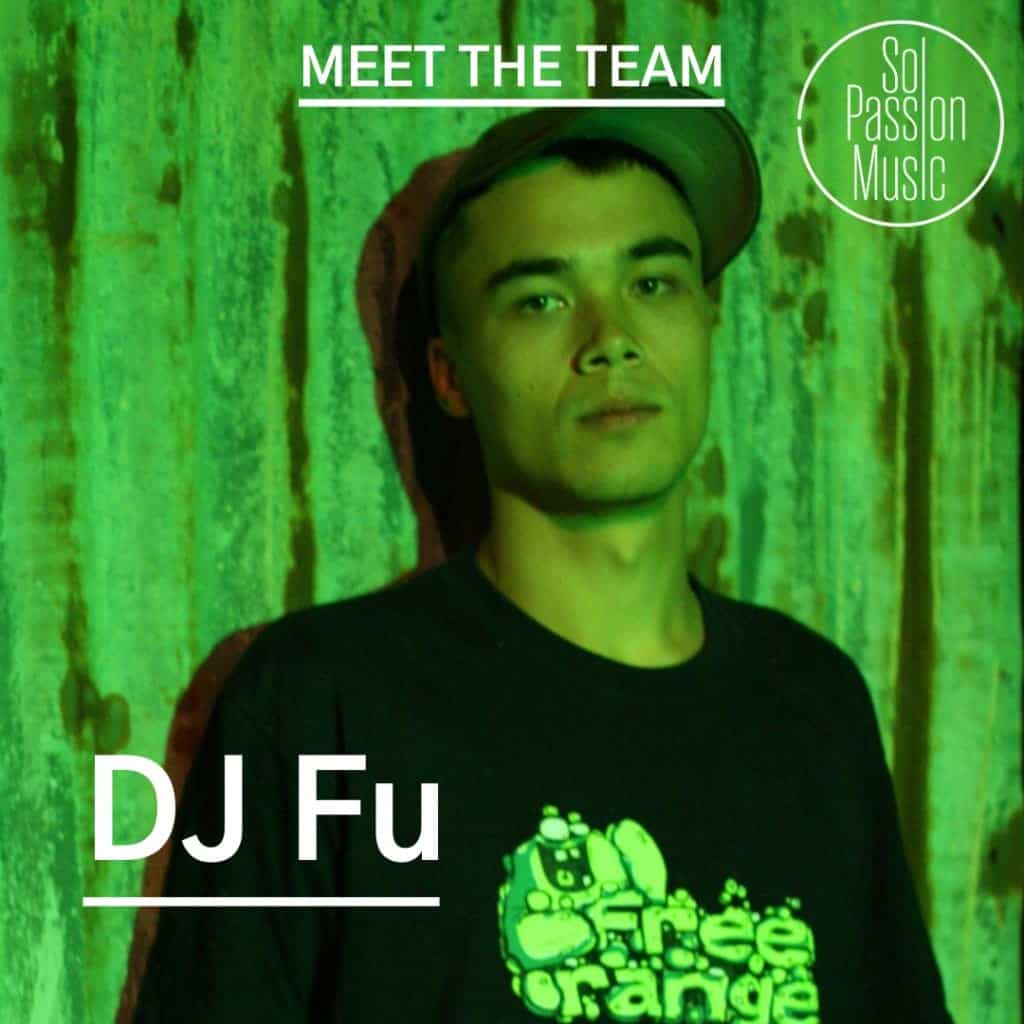 For this week’s edition, we sat down with Ant, who performs under the alias of DJ Fu and has released music under the Guidance Label alongside fellow producer Lovely. He performs frequently all over Hong Kong. Discusses the D&B Renaissance, Scratching, and Street Fighter.

Q: Where are you from originally?

Fu: I’m from the UK, the suburbs of London. I moved out to Hong Kong about three years ago.

Q: London has a very storied and particular music scene – what was your introduction to music?

Fu: Mainly school, I think. There was a massive melting pot of kids listening to Jungle, garage, hip hop – people would just be passing around music. Also, pirate radio was so accessible over there that you could listen to all sorts of stuff, even the more mainstream stations in the UK like KISS, Radio 1 – they’re all playing loads of really underground music as well. The UK is insanely accessible when it comes to music.

Q: You started your career as a hip-hop DJ right, and that led to you getting into the turntablist, scratching thing?

Fu: Yeah my background is as a Hip Hop DJ, but I’d never really called myself a turntablist, I’m more just a DJ who can scratch. I think that term [turntablist] applies more to the guys who’ll put together 6-minute routines, and spend like 12 months just making those 6 minutes of a set. I see myself more as a DJ who can do parties and more extended sets and stuff like that, you know. 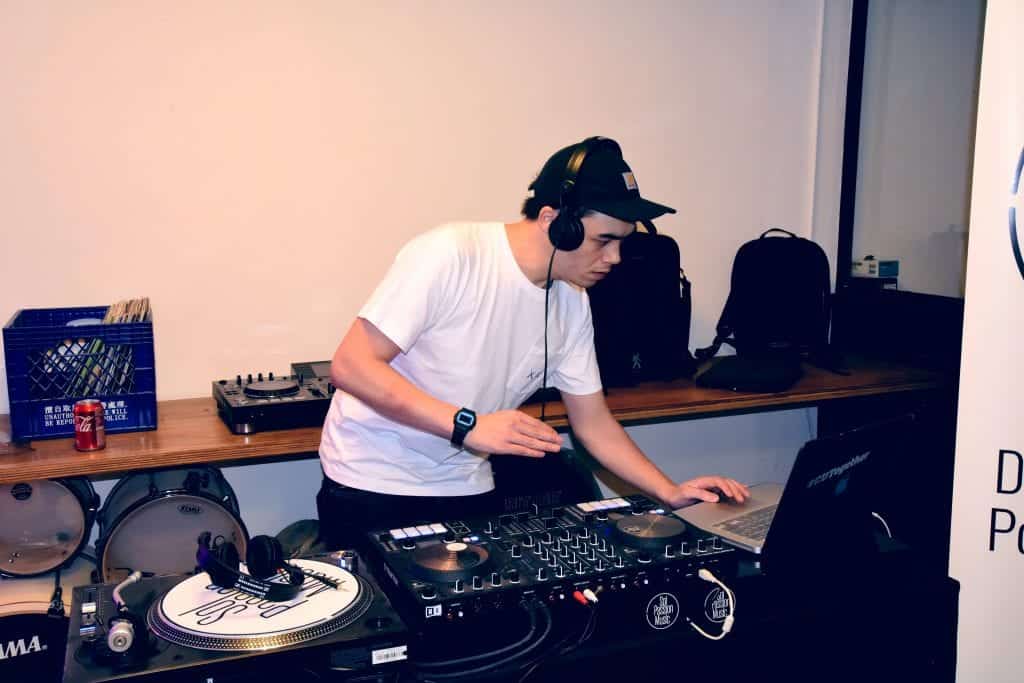 Q: I suppose not a lot of people distinguish between turntablist DJs and DJs who just involve scratching in their sets.

Fu: Yeah a lot of those guys, after they win titles, don’t end up doing anything. Because nobody wants to pay you to do that 6-minute routine in a club, it needs to be something that’ll translate well into that kind of an environment, and some of those guys don’t. The guys that are well rounded, who can do the battle stuff as well as the club sets, they tend to be the ones who do better out of it.

Q: Moving from the UK to HK must have been relatively jarring at first, but you seem to have found yourself pretty at home here – there’s been a bit of a DnB revival…

Fu: Yeah, there’s been a bit of a renaissance. I don’t think it’s specific to Hong Kong though; I think there’s just been a significant uptick in Drum & Bass like in the UK it’s cool again, there was a point where it wasn’t cool, now it’s cool… I see a lot of people jumping on it who I wouldn’t have thought would be doing it 12 months ago. But that’s great, you know, bring more people in and expand the scene. I think Hong Kong was just on a lag of what was happening in London over the last 12 to 24 months, but now all the kids at uni there have come back, and they know what it is.

They probably won’t be into it for that long; we’ll have 2-3 years, then they’ll get jobs and move onto something else. That’s the cycle that happens, but right now we’re on the trough of the waves you know. It’s been overnight in Hong Kong; I remember about a year ago we’d get 10, 15 people, turning up for a night? Now you’ve got 1 in 1 out policies coming into place at a quarter past 12, and the doors have only been open for 10 minutes – it’s been quick!

“I’d never really called myself a turntablist, I’m more just a DJ who can scratch. I think that term [turntablist] applies more to the guys who’ll put together 6-minute routines, and spend like 12 months just making those 6 minutes of a set. I see myself more as a DJ who can do parties and more extended sets and stuff like that, you know.”

Q: You’ve been spending more time as a producer recently; how’s that going?

Fu: Yeah most of my time with music right now isn’t with DJing at the moment, it’s pretty much just production.  Me and Jack [DJ Lovely] did “Borders” a while back, which got picked up by Guidance and got put out on an EP, and we’ve got another tune that got signed by Guidance again called Deja Vu, which I think might do quite well… we’ll see!

Q: What’s the creative process like for you? Have you got a studio? 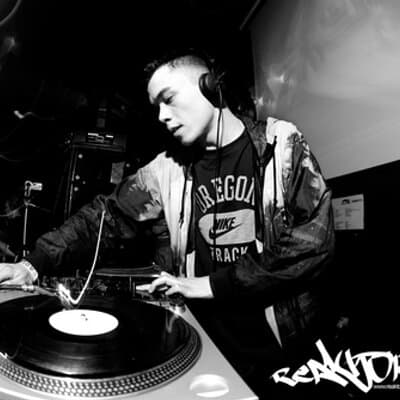 Fu: We’ve got Jack’s kitchen! I’ve got my setup at home, and at the moment I’m just messing around on the synths, trying to make noises. When I’m working with Jack, it usually starts with him doing the drums, and then me whacking a lot of stuff on top. He usually just leaves me alone for about an hour, hour and a half, to get a rough sketch down, then he’ll tighten things up.

Or if he doesn’t like it, then he’ll tell me – we might argue for 10-15 minutes then! The new tune we started on last Monday, it sounds pretty good already – he did the drums then left me alone, and I just did all the bass sounds and everything.

Jack and I are quite similar musically, we like the same kind of stuff, and it’s a lot easier to work with somebody when you’re on the same page. Before we were even doing tunes together, we were just hanging out as mates, and I think when you try to force something with people, nothing ever really happens.

Q: How much preparation do you do before a DJ set?

Fu: Depends on what it is, there’s probably more prep in it than you realise! The thing about Drum & Bass is that it’s quite demanding on doing the newest, latest something. There’s a real need to update your sets quite a lot. I’m always trying to monitor new releases, but there’s not a lot of new stuff coming out that I like. My fave era of Drum & Bass was the late 90s kind of sound, and I try to put a load of that into my sets. I appreciate now that some of the kids listening to it were only just born when songs were coming out!

Q: I feel like Jungle in the 90s sounds so unique musically because a lot of the people making it didn’t know what they were doing with their equipment, they just took things that sounded good together and pushed them together.

Fu: I don’t think there was that much preconception on the music either you know, all these genres and names just didn’t exist. Some of those early jungle tracks, if you analyse them, their BPMs are super random, like 167.89786432BPM. Nowadays if people ask “what speed is Drum & Bass” there’s a set answer: 174BPM, with a variation of like 1 or 2 bpm on that, always a precise number. With Jungle, and when Hardcore was shifting over into that, people just sped it up by ear, until they thought “ok that sounds about fast enough”, so you got some real random BPMs.

“It’s a lot easier to work with somebody when you’re on the same page. Before we were even doing tunes together, we were just hanging out as mates, and I think when you try to force something with people, nothing ever really happens.”

Q: Do you have any usual spots around Hong Kong you’re playing?

Fu: I’m playing old school Hip-Hop at Franks every Friday, then outside of that, random Drum & Bass gigs around town. Now I’m not playing Brickhouse on Saturdays anymore it’s completely freed me up to do more Drum & Bass stuff, which I’ve been f

I’ve been playing at Social Room quite a bit, also Oma – if there’s a party on, even if I’m not playing I’d at least try to go down.

Q: If you weren’t into music, what would you be doing?

Fu: No, just playing them (laughs) Nah I’d probably get paid to play, I reckon. I play fighting games mainly. Playing Street Fighter has been a big part of my life for the last like 7 or 8 years, that’s pretty much my other thing outside of music. I used to run a tournament in London for it.

We’d play old school versions though, like late 90’s versions! I feel like they’ve dumbed the games down these days, I feel like the pinnacle was in the late 90s, which allowed for some insane stuff to happen in-game, but you’d take 7-8 years to master.

You can listen to “Borders” on Soundcloud here